Each year the Bay of Banderas is graced with a visit from hundreds of magnificent migrating Humpback whales.

Humpback whales are found all over the world, and all are part of their group’s migrating cycle. Each migration group has their own route from warm-watered breeding and calving areas to cold-watered feeding grounds, and each group sings their own song. Humpbacks are very large creatures, adults growing to a length of 40 to over 50 feet, and weighing 30 tons or more. They have a distinctive bumpy head and super long pectoral fins, up to 16 feet long. In fact their Latin name, Megaptera Novaeangliae, means “big wing of New England.” Each whale has its own unique markings on the underside of its tail, making them individually identifiable. 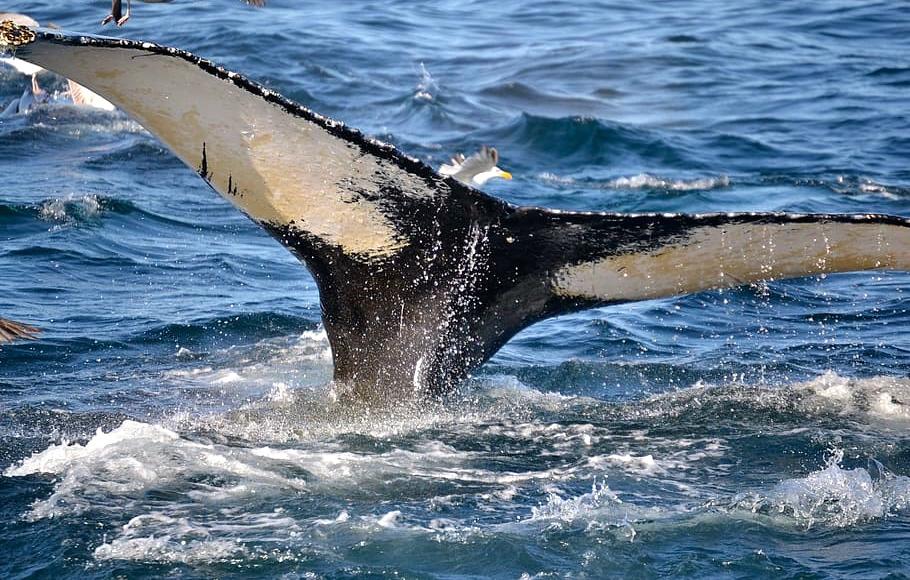 Though now numbering worldwide at an estimated 80,000, humpback whales were once hunted to near extinction, about 5,000 worldwide. In fact, the whalers used to refer to Bay of Banderas as “Humpback Bay.” These whales are slow and travel along the coastline, which makes them easy targets, and very large, which makes each a bountiful harvest.  In 1966 the International Whaling Commission banned commercial humpback whaling to save the species from extinction. With their progressive recovery over several decades, in 2008 their status was changed from Vulnerable to Least Concern.

Humpbacks are also known for their song and dance. They are the most vocal of all whales, singing long and complicated songs of 20 minutes or more between breaths, and then starting up again. Their arias are structured like versus of a song with repetitive patterns, and each year the song changes just a little. It is the males that sing, and only in the mating grounds, surely to attract females. Humpbacks are seemingly playful creatures, and often display intriguing maneuvers such as fin slapping, tail slapping, breeching and spy-hopping. Breeching involves the whale diving straight down, turning around, and then swimming straight up at top speed to propel its body out of the water and then slap back onto the ocean surface with the force of 30 tons. Spy-hopping is when they slowly bring their heads out of the water up to their pectoral fins and have a look around to see what’s going on above the water’s surface. 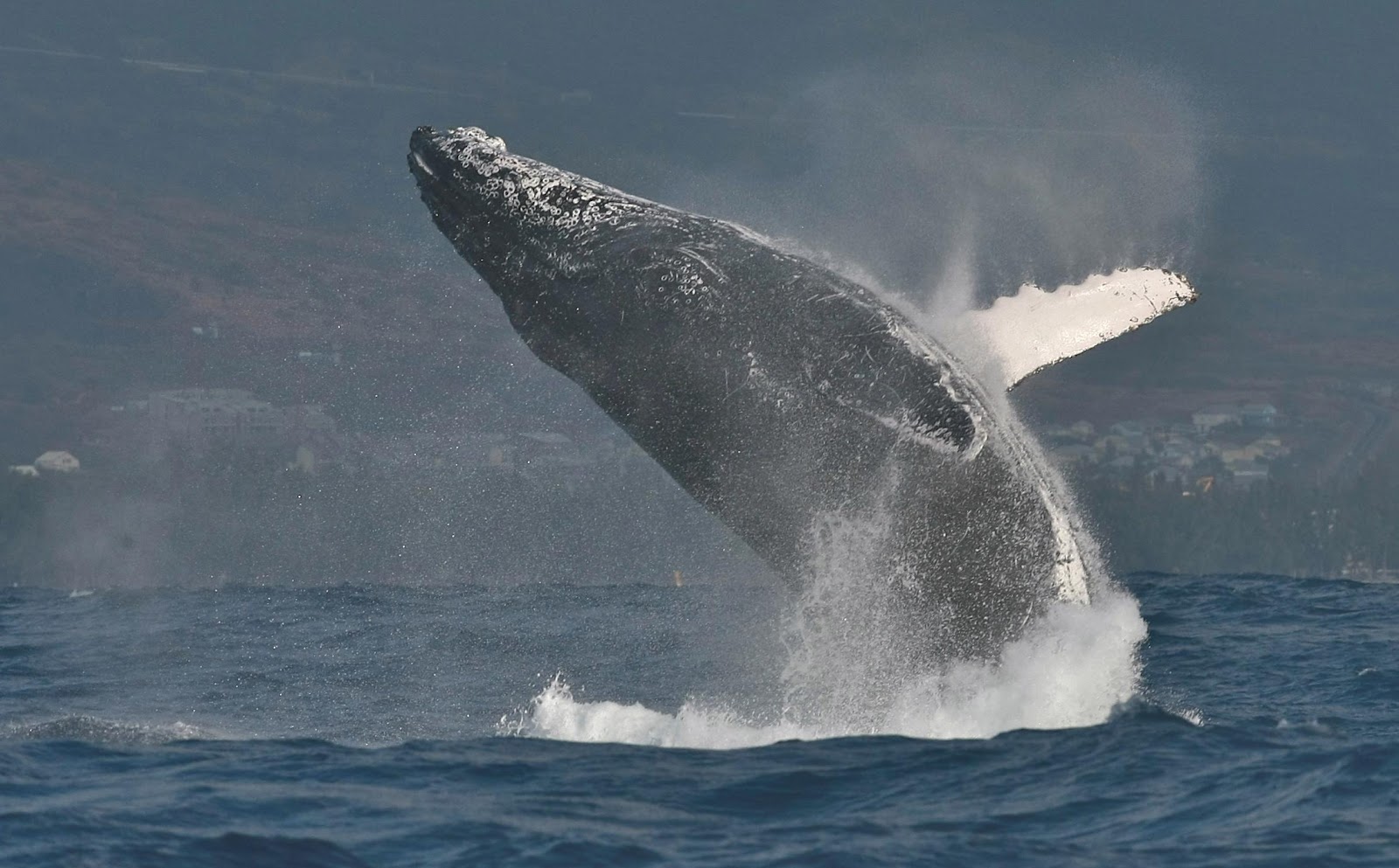 The Humpbacks that come here live in the waters of the northern Pacific Ocean. They summer in the plentiful feeding grounds of the north coast from California to Alaska, eating krill, plankton, shrimp, sardines, and herring.  They have been observed using four different and intelligent feeding styles. Assailing is coming upon their food with their mouth open, corralling is when they use their pectoral fins to herd the food to the front of them, slashing is using their tails to push food in front of them, and then there is bubble netting where one or many whales swim under their prey in a circle releasing air to create a wall of bubbles that act like a fishing net. Then the leader makes a high-pitched sound stunning the fish and causing their group to condense, while also signaling the other whales that it is time to eat. 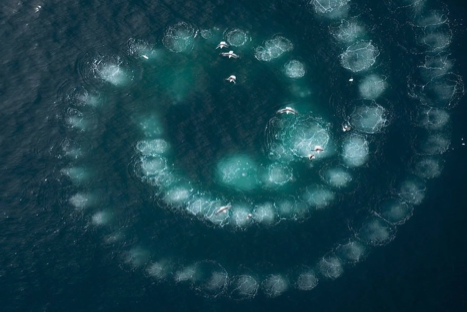 Humpbacks feast for 3-4 months before starting their journey south to the sunny and warm Bay of Banderas. The trip can be thousands of miles long taking 2-3 months. The further south they get the more diminished their food supply is, and adults do not feed during their stay in the mating and calving areas. Some females come to mate, and will return to the bay after an 11 month gestation, others to bear their calves in the warm water of the protected bay. Newborn calves weigh about 1100 to 1300 pounds and are 10-15 feet in length. The babies tend to sink at first, and the mothers must repeatedly push them up to breathe until they learn to do so on their own. Most babies are born in January, and they and their mothers will stay 3-4 months before migrating back north. During this time the babies ingest exclusively mother’s milk and can drink 75 gallons a day.

Whale watching season here in Vallarta begins in late October and goes through March. There are many different whale watching tours available, just do a quick internet search and choose one. Or you can watch from the shore. Last year in early December I hung out in a beach-front restaurant for a few hours and was able to watch a group of whales surface and dive all around the bay. It was amazing to be able to see them from the shore, at times they were very far away. It was an awesome display of magnificent creatures.

Bars and Nightclubs Closed in Nayarit

Crocodiles Come Out at Night on the Beaches

Mexico Just Made a Cloud That Rains Tequila, So Maybe We’ll Be OK After All

How to resolve AdBlock issue?
Refresh this page
You are now being logged in using your Facebook credentials